The Corvairs (with Kenny Ambrose) on Twin 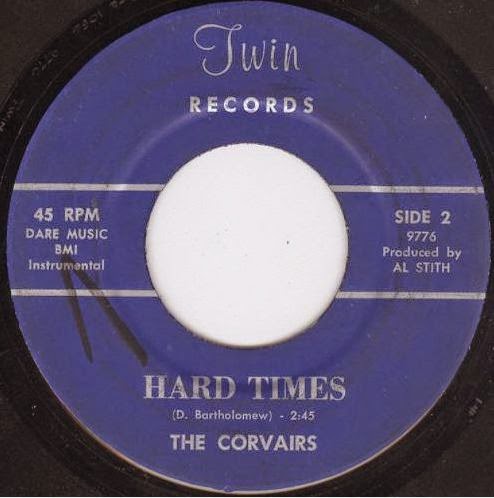 Two covers by a Cincinnati popular band that included two sets of twins.  On the vocal side, this is perhaps the same artist who recorded in 1958-1959 for Hamilton and Willett.

The Corvairs were one of Cincinnati's most popular bands of the early 1960s. The band included two sets of twins, (Bill Stith and Al Stith, and two named Langdon) and a lead singer named Little Joe Williams, who was barely a teenager when he started.

The band released several records on their own Twin (what else) label, as well as a 45 on Hickory records. A few of the recordings, like "Gee Whiz" and "Black Diamonds" were local hits. They played numerous dances and clubs in the greater Cincy area.       http://www.buckeyebeat.com/corvairs.html