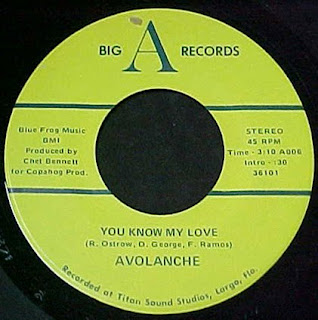 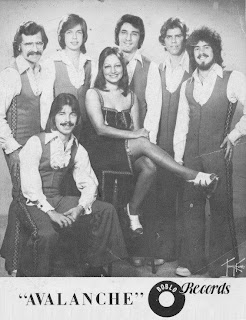 This Tampa-based dance/disco band enjoyed the following year (1976) a local hit with "Mister Boogie Man" (Boblo Records). They backed Jimmy Ellis (Orion) on his "Live With Avalanche" LP in 1978 (also on Boblo) 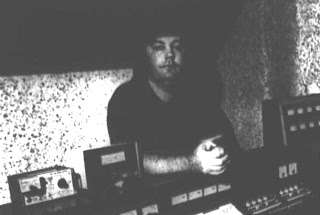 Altough the red door is unpretentious looking and sits back from the road, Titan Sound Studios is an ultra-professional recording establishment with a 16-track system.

Chet Bennett, guitarist, bassist and back-up singer for some of the early rock stars (such as Roy Orbison, Freddie Cannon and Kini Lester), became interested in the « back room » where the technicians worked.

His music career and electronics education was interrupted, however, by a three-year stint in Vietnam with Special Forces. Returning to the states, Bennett moved to Largo and enrolled at the Clearwater campus of St. Petersbrug Junior College.

Born to a family of musicians in Providence, R.I., Bennett said that during his career he grew to « like the southern sound (of rock music) better than the northern sound. The southern musicians use more acoustic instruments and their sound is free and more natural.’

While attending SPJC, Bennett opened Titan Sound Studios as a part-time hobby, but when demand exceeded the time he could devote to a hobby Bennett turned the studio into a full-time operation.

Six years later, the studio is a thriving 24-hour business. Besides Bennett, three other people play prominent roles in the continuing success of the studio –his wife Marion, Charles Klimp and John Covington.

Marion : When she’s not teaching marine biology at Largo Senior High School, Marion takes calls, pays the bills, checks to see that everyone is comfortable and sometimes sings back-up.

Chuck Klimp : Trained in marketing and sales, Klimp is actively in contact with major producers and record companies.

John Covington’s job is to keep the equipment in top working condition. To do this, he has more than a thousand feet of wire set in a six-foot console to work with.